Breaking down Big Tree's cannabis grading scores, what do they mean? 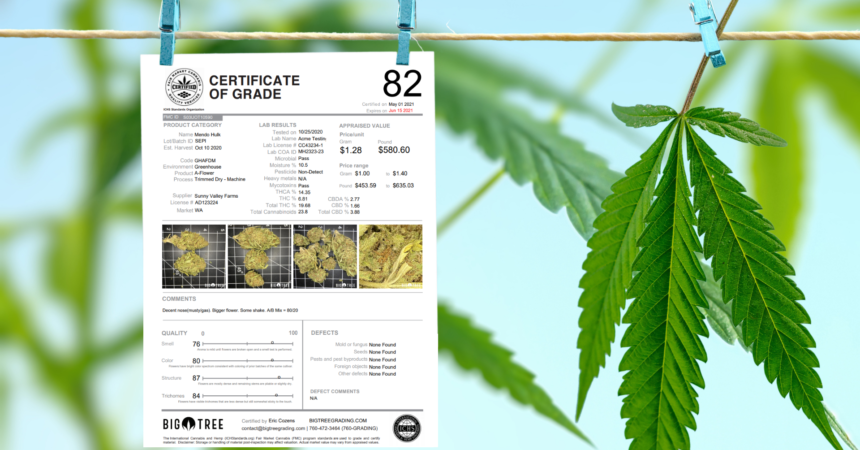 The cannabis industry needed to find some common ground. Because the cannabis business had been kept hidden in the shadows for most of its history — with the exception of the 1970s when the hippies very publicly turned on, tuned in and dropped out — the industry has been historically fragmented. Lots of growers lived and worked within their own communities and didn’t liaise with one another. An industry slang developed throughout the underground cannabis culture, spoken by those in the know, but once cannabis became legal, there grew a need for a more proper, standardized language.

“Cannabis became a mainstream product consumed by mainstream people. Now, it’s traded around the country like any commodity. The need for a language emerged so that we can now talk about the product together,” explains Eric Cozens, CEO of Big Tree Grading, the industry’s first cannabis grading service.

Cozens comes from a background working as a business analyst in the coffee department for Starbucks, and he also spent time as a wine buyer. The wine and coffee industry have a lot in common with each other and the cannabis industry. For example, consumers value flavor, origin and knowledge of the processing technique.

Cozens describes how one of the crucial similarities of these industries revolves around the feeling of the product. He describes the challenge of articulating one’s feelings to other people. “The taste plus the smell equals the feeling,” Cozens muses. When you’re describing the taste or smell of something, you’re using familiar language that describes the feeling of that object, whether tangible (like weed or wine) or intangible (like grief, sadness or joy). Because you understand the common language used in the description, you can then interpret the feeling — but without that language, it would be impossible to communicate your point.

“As a broker on the West Coast,” says Cozens, “you interact with a lot of different parties, people and languages. Developing a standard was pivotal.” So Cozens looked towards standards in the commodity market that already existed, like tobacco, beef and hops. “They’re very simple. We can over complicate things by becoming a sommelier of cannabis. This is really just a language to trade wholesale goods.”

Cozens was joined by Jhavid Mohseni, founder and CEO of parent company Aperon, in developing the common language that is now a part of the International Cannabis and Hemp Standards (ICHS) process and is based on a qualitative analysis of the product. It’s an objective way of assessing cannabis, broken down into “four consistent categories that everyone can agree on,” according to Cozens. Each product is scored on a scale from 1-100 (with 100 being the optimal score) in each of the four categories to produce a final Certificate of Grade — a summary of the product’s data and final score. The four categories that make up the qualitative analysis are: aroma, color, structure and trichome assessment.

The first thing the cannabis graders do is also the first thing you do: pop open the container and take a big whiff. Is it overwhelming? Is it pungent? Citrusy, fruity, peppery, funky or herbal? Does it stink like manure, wet grass or hay? Can you pick out different features; does the smell have depth? Or is it flat and bland? The plant’s terpenes — or odor molecules — are what make up its unique smell and reveal a lot about how the product has been processed and stored. A stronger, more notable smell will score higher. If you’ve got to coax the smell out of the bud by breaking it, it will score lower.

Color analysis takes into account the tone, shade, depth and brightness of the product. Does it look alive? Has it started to oxidize (when light and oxygen begin to affect the bud)? How the plants were grown, dried, cured, stored and aged attribute to its color. Cannabis that exhibits light damage or burns, mold or nutrient deficiencies will get lower scores. Those with a vibrant color spectrum — greens, yellows, oranges, purples — often score higher.

The structure of the flower measures its density, dryness and bract-to-leaf ratio. A nicely cured, higher scoring product will be dry but still spongy. It should be dense, but not wet with moisture. The bud ought to bounce back a bit when squeezed and it definitely shouldn’t crumble. Stems should be pliable, not brittle. Average scores of 60-80 for structure often see 10-15% “shake” content. Over 30% “shake” content typically results in scores below 60. Airiness is less desirable and will result in a lower score.

This assessment scores the buds on the size, color and density of its trichomes — those sparkly, gummy bits on the outside of the bud. You know, the crystally dust that makes it look so delicious. Trichomes are what give the flower its yummy fragrance. Graders will often use a magnifying lens for this portion, examining the bud’s details like they’re fine jewels. Trichome quality and content vary widely. Frosty, sticky trichomes tend to score higher, while sparse or barely visible trichomes will generally score lower.

SO WHAT DOES THE SCORE MEAN?

According to Cozens, having a high or low score isn’t really the point. The scoring system is a way to sort and regulate, not judge. “There is no bad cannabis,” says Cozens. “We’re not saying it’s good or bad. Not all apples end up on the shelves; some end up as apple juice. Everything has a place.”

So if a product receives a low qualitative analysis score, there is still lots of room for it to go into extracts or edibles or vapes. “Something could be super stinky and have amazing trichomes but maybe the color is weird, so the customer might not want to smoke it if they saw it — but a processor would take that bud and make some delicious extracts,” Cozens breaks it down for us.

Average scores run between 60-80, with the baseline being around 50. A score of 50 is considered neutral, but lower than 50 is when the product becomes defective. A lot of wholesale products fall into the 70-80 range, with most products that score 90+ going straight to retail.

The differences between an average score of a 60 compared to that of an 80 look like this:

60 — The cannabis will exhibit neutral colors, some oxidation, smells when broken open but not overpowering, a looser structure, decent trim job, some extra stem or leaf and inconsistent trichomes visible under a microscope.

80 — The cannabis will boast bright colors and good color variation, a smell noticeable from across the room when you open the container, dense structure, a nice trim job, well shaped bud and trichomes visible to the naked eye.

High scores range from 90-100. These products typically end up being top shelf jars of flower. They’re the extremely aesthetic variety, the pinup buds. Customers can tell how sexy these buds are just by looking at them. Cozens describes the high scoring bud as “baggable stuff,” but trim and extract can also score very well, allowing the extractors to get higher yields and better product from the material, which then sells for a higher price.

BECOMING FLUENT IN THE LANGUAGE OF CANNABIS

Big Tree’s qualitative analysis scoring is rapidly becoming an effective and valuable way of communicating within the industry. The more regularly the graders describe products to the buyers, suppliers and brokers in this language, the more traction it gains. By implementing the scoring system, one can deduce — from the product’s Certificate of Grade score — exactly what the bud’s characteristics are without having to see it in person. Because the market is still so new, it’s crucial to keep the grading system open and transparent. The more people use it, the more natural it will become, and once this scoring system becomes an industry standard, the more seamlessly everyone in the cannabis supply chain can all work together.

“We realize that grading cannabis is a sensitive subject. Most cultivators put their heart and soul into growing their flower. It’s always difficult to have an outsider come in and assess your product,” says Cozens.

This is why Big Tree strives to be as unbiased and objective as possible. This grading system is strictly for commercial trade. Most consumers think they like a certain strain of cannabis or prefer an indica versus a sativa, but what they really like is a specific smell, structure or growing environment, and the more this grading language becomes the norm, it will ultimately help retail customers understand the makeup of their cannabis more fluently as well. 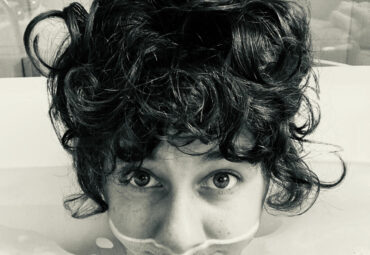 Allison Cohn loves gold spray paint and nonsense. She also has a very difficult time sitting still and keeping quiet. She can often be found dancing like a fool when she isn’t hiding out in her mountain lair or gallivanting around the globe.